Is camera injection possible on a local device?

Hi,
I’m trying to replace my mobile phone camera output with a prepared image file on an android native app.
The app should already be instrumented correctly as I was able to perform simulate capture via logging into SeeTest Cloud and using an Android 11 device from the cloud. 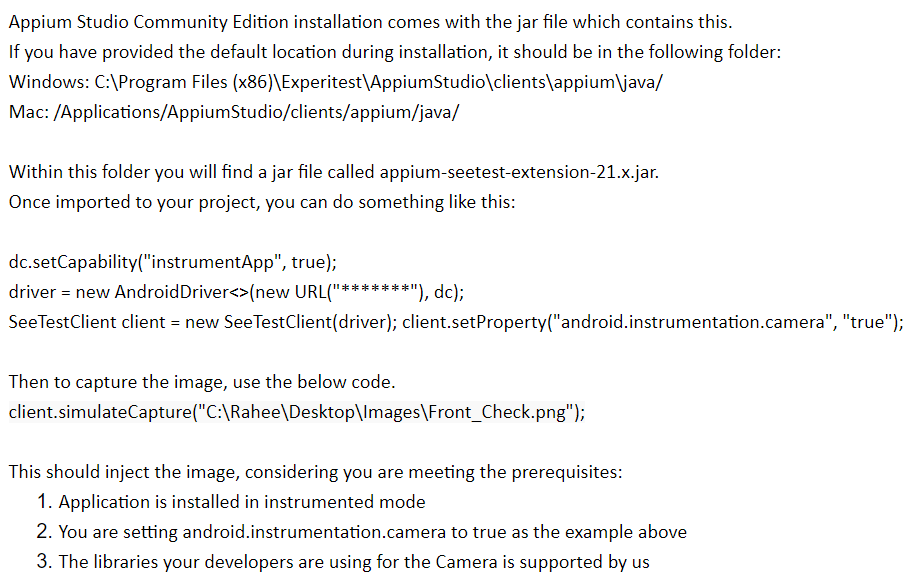 image904×586 23.9 KB
Following the above instructions and using the same app, I’ve been unsuccessful trying to simulate capture in Appium Studio GUI and also via script (both instances were attempted with a local device)

I have set up a Maven project with testNG in Eclipse IDE, in it I have also installed “Appium Studio for Eclipse 21.4” plugin from the marketplace. The appium-seetest-extension-21.4.jar was already in my project when I created it, I did not import it.

I need to get it to work on a local mobile device. Can anyone point out what I am missing?

These are the dependencies in my pom.xml file: 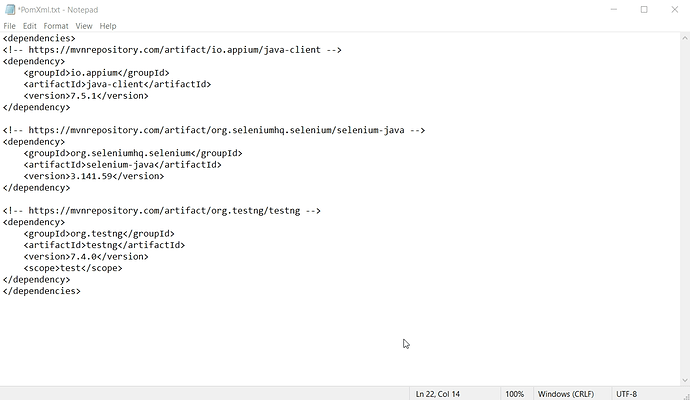 At “simulateCapture(“MyImageFilepath”)”, a runtime error would be generated. The steps before that are all executed successfully without error.

java.lang.RuntimeException: Capability ‘ehmPrefixUrl’ or ‘cloudViewLink’ were not sent by the server. Please check Server version.